Is Caffeine Tied to Lower Risk of Death?

A cup of coffee contains over a thousand compounds, but for most people, there’s only one that matters:

Coffee is the world’s favorite beverage, and if the following study is to be believed, it’s remarkably the healthiest too.

Caffeine Intake is Associated with Decreased Risk of All-Cause Mortality.

FUN FACTS: Coffee is the richest source of polyphenols in the American diet.Â  In addition, a recent scientific study concluded that people who consume moderate amounts of caffeine – from coffee and other sources — have a decreased risk of premature death.

Hard to believe, right?Â  Well, there are a number of caveats to this bold conclusion, but read on to get the real story.

The study â€“ in fact a meta-analysis – was published in the Mayo Clinic Proceedings, a top ranking medical sciences journal.

Recall that meta-analysis is a type of review involving complex statistical analysis that combines results from multiple scientific studies.Â  Unlike a literary or narrative review, meta-analyses have data-driven heft behind them to better help us understand the outcomes, associations, and implications for health.

For the purposes of the Mayo Clinic meta-analysis, the outcome was caffeine intake and all-cause mortality.

What Is All-Cause Mortality?

Â All-cause mortality refers to the number of deaths that occur in a population, regardless of the cause (i.e. cancer, freak accident, old age, etc.).Â  In epidemiological studies, it’s used as an indicator of the safety or potential danger of variable(s) being looked at.

The Mayo Clinic study sourced its data from the largest ongoing health survey in the country — the National Health and Nutrition Examination Survey (NHANES).

NHANES is a population-based survey designed to collect health and nutrition information on U.S. households. Data collected from this program are used to guide national policy and make health recommendations.Â  This survey is unique in that it combines interviews with physical examinations.

Unlike randomized controlled trials, which look at the results from individual experiments, the NHANES is an ongoing survey, collecting data on a continuous basis – even as you’re reading this article.

NHANES’ goal is to retrieve as much nationally-representative data as possible, then look for possible clues linking lifestyle factors to health issues, or in this case, cause of death.Â  This particular caffeine study involved 17,954 people ranging in ages between 20 and 79 years old, of which 99.8% completed the study.

Curious about how much caffeine Americans consume on a daily basis?Â  Based on the given sample: *Hazard ratio refers to the risk of death attributed to caffeine intake.

The results of the study show that consumption of a moderate amount of caffeine (between 100 – 199 mg) on a daily basis is associated with a decreased risk of all-cause mortality.

A word of caution: Before running off to down double espressos or swallowing handfuls of No-Doz, you need to be aware of a few things:

1) This was an observational study, which means that we can’t establish a cause and effect relationship.

For instance, you cannot say,

“Caffeine causes us to live longer and healthier while reducing the risk of death.”

“Caffeine and or coffee consumption are strongly associated with reduced all-cause mortality… let’s dig a little deeper to understand why that actually means.”

Caffeine seems to have a protective effect, but what else could be going on?

2) Although less important, please note that in the study, caffeine intake was self-reported.

Overall, caffeine has promising health benefits whether consumed via coffee or another method.Â  The Mayo Clinic Proceedings meta-analysis is one of the most important studies demonstrating this.

Are you a regular coffee drinker?Â  How do you drink, and what about other popular sources of caffeine (i.e. tea, cocoa, dark chocolate)? 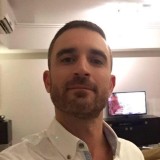